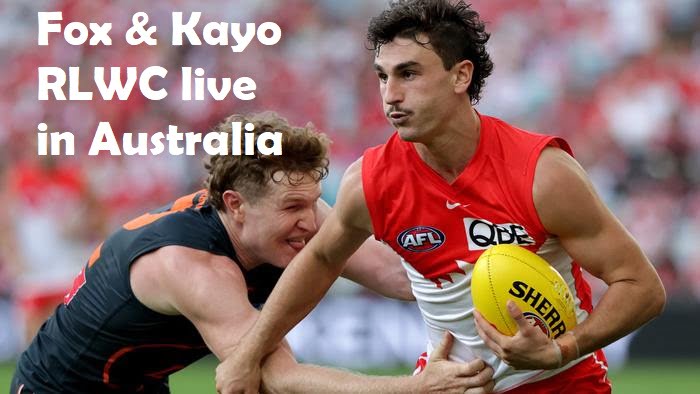 Good News for the Australia Rugby Fans as they can Enjoy the all the 61 Matches of this year’s of Rugby League world cup which to be shown live and exclusively on Fox sports and kayo Network.

Foxtel group Who is the officially Broadcast the RLWC Live in Australia.

RLWC 2022 which to be kick off from the 15th October in England while finish on 19th November. Total 16 Nations take participate in the Men’s tournamen while eight team who took part in Women’s and Wheelchair tournament.

If you are residing in Australia then you can access all Matches 31 Men’s, 15 women’s RLWC game along with 15 wheelchair games on Foxtel and Kayo sports network.

Steve Crawley Executive director of Fox sports said they secure the ritghts to Highlights of the game and this surely be true homes of rugby league.

“Fox League and Kayo Sports are flying this season and to now add the Rugby League World Cup is something to bang the drums about,” he said.

“All exclusive rights across the 61 matches of men’s, women’s and wheelchair footy very much celebrates the best of the best — on the true homes of Rugby League.”

“We know that RLWC2021 is going to be the most watched World Cup and it is very pleasing it will be broadcast in Australia on Fox Sports, keeping the rights within the NRL family and with a network that Australian audiences are comfortable and familiar with,” he said.

“This is a great outcome for International Rugby League and Australian fans.”

Kangaroos who is drawn in Group B so in the group stage team to face Fiji, Italy and Scotland while Jillaroos takes on Cook Islands, France and New Zealand in their group stage as they draw in pool B.